These are links from our Scoop It page between October 9th and October 16th:

The results appear in the International Journal of Agricultural Sustainability. 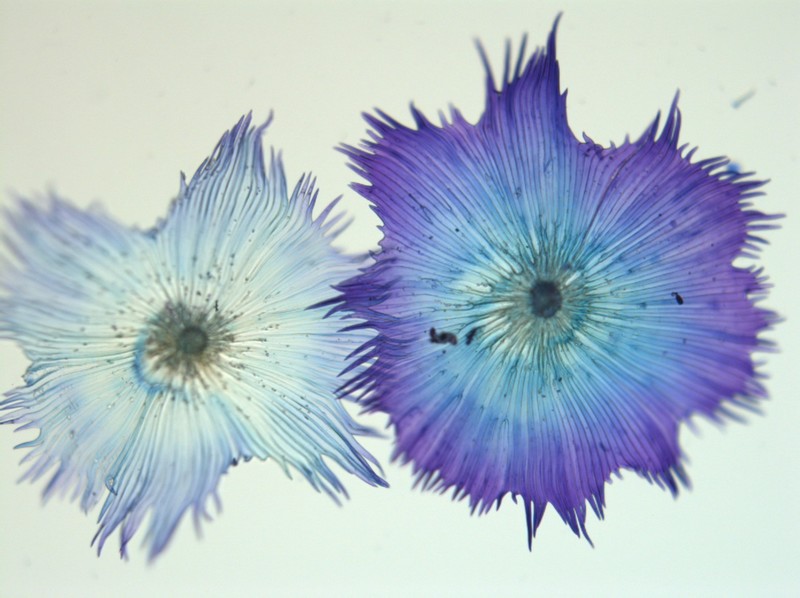 Daniel Mullendore is a student of plant biology at Washington State University. While flowering plants are undoubtedly macroscopically pretty, Daniel likes to look beyond the foliage and the flowers to the beauty that most people never see.


What bananas tell us about radiation – as a unit for exposure

We cover much about the science of bananas on AoBBlog.com and in Annals of Botany – an even have the occassional article referring to radiation mutagenesis, since the crop cannot be bred conventionally by hybridization (when did you last eat a banana seed?). But the BBC now plans that we should use the amount of radiation in a banana as a unit for the dose of radiation: eating a banana will give you a 0.1 microSieverts dose.


Miscanthus – A bioenergy crop for all seasons – Feature – BBSRC/RuSource Researchers at the Institute of Biological, Environmental and Rural Sciences (IBERS) at the University of Aberystwyth have been undertaking a large-scale study of Miscanthus to provide improved varieties for energy production. One way is to grow varieties which flower at just the right time and so maximise yields. Some types flower as early as June, others as late as November and some didn't flower at all. This diversity is promising as it will allow breeders to develop varieties that can flower at the time of year that best suits the environment in which they are grown.


The Race to Grow the One-Ton Pumpkin


FAO: The State of Food Insecurity in the World 2011 edition just out 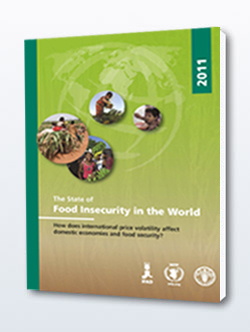 The State of Food Insecurity in the World 2011 highlights the differential impacts that the world food crisis of 2006-08 had on different countries, with the poorest being most affected. While some large countries were able to deal with the worst of the crisis, people in many small import-dependent countries experienced large price increases that, even when only temporary, can have permanent effects on their future earnings capacity and ability to escape poverty.

This year’s report focuses on the costs of food price volatility, as well as the dangers and opportunities presented by high food prices. Climate change and an increased frequency of weather shocks, increased linkages between energy and agricultural markets due to growing demand for biofuels, and increased financialization of food and agricultural commodities all suggest that price volatility is here to stay. 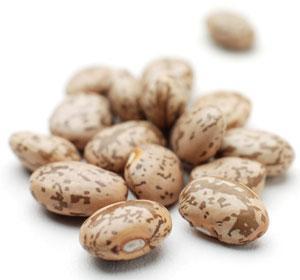 Paired with rice or steeped in feijoada stew, beans are an essential feature of Brazilian cuisine. So great is Brazil's love of legumes that demand often outstrips domestic supply, forcing the country to import beans from Argentina, Bolivia and China. But this relationship could face the ultimate test as Brazilian scientists roll out a transgenic pinto bean (Phaseolus vulgaris) engineered to fend off one of the crop's most devastating enemies: the golden mosaic virus.

I am really sorry to hear that "The Scientist", a magazine I always pick up at conferences and regularly read on the website, is closing after the current 25th anniversary issue. Anyway, the current issue is a real cracker (with no mention of being the last). George Church and Craig Venter lead a series of articles on synthetic biology, genetic circuits, and exciting prospects. There are other articles from Walter Bodmer, Stephen Friend, Eric Kandel, Thomas Lovejoy, Chad Mirkin, Edward O. Wilson (on Biodiversity), Mary Woolley, and reviews of two papers on the Climate-Shaped Arabidopsis Genome:
Two genome-wide studies, backed up by field experiments, identify SNPs that correlate with Arabidopsis fitness in various climates." (as already featured here on AnnBot Scoop.it).


The return of the weird sex life of orchids

The Guardian story that went AWOL this week is back. 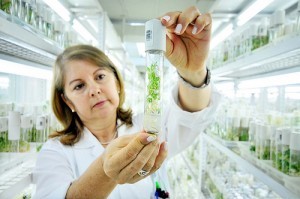 "The CGIAR Research Program on Climate Change, Agriculture and Food Security (CCAFS) has released a series of studies focused on “climate proofing” crops critical to food security in the developing world.

The studies constitute various chapters in a new book titled Crop Adaptation to Climate Change which was developed by an international team of the world’s leading climate and agricultural researchers to provide adaptation strategies for more than a dozen crops—such as potatoes, beans, bananas and cassava—on which billions of people depend worldwide.

The studies describe how climate change could threaten food production and how specific adaptation strategies could neutralize or at least significantly lessen the impact. They argue that investments are urgently needed to identify important genetic traits, including drought tolerance and pest resistance, which will be critical for helping farmers adapt to new growing conditions.

“In these studies, we’ve brought together the best climate science with the best knowledge of crop improvement to spell out how crops will be affected and what plant breeders can do to avert or at least cushion potentially devastating blows,” said Julian Ramirez, a scientist at the Colombia-based International Center for Tropical Agriculture (CIAT) and one of the authors of the studies.

(PS CGIAR sites have an unfortunate habit of wild & fast changes in their web addresses. The first post of this press release is gone within 2 days; if the above link breaks, try the news release service at http://www.sciencenewsline.com/nature/2011100303210005.html )