These are links from our Scoop It page between April 13th and April 26th: 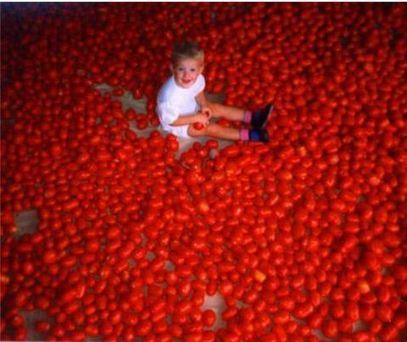 When we carry out traditions, we are under the illusion that we are repeating acts dating back to the dawn of our culture. But a few years later, as an adolescent, a plaque at Montreal’s Botanical Gardens made me aware that tomatoes are not indigenous to the Old World, let alone Italy. Pasta can be traced to the Roman Empire, but it was eaten without tomato sauce.

Can we count animal extinctions?

Twenty years ago a convention on biodiversity was agreed at the Rio Earth Summit – but do we know how many species are becoming extinct?

It is possible to count the number of species known to be extinct. The International Union for Conservation of Nature (IUCN) does just that. It has listed 801 animal and plant species (mostly animal) known to have gone extinct since 1500.

But if it’s really true that up to 150 species are being lost every day, shouldn’t we expect to be able to name more than 801 extinct species in 512 years?

The New York Botanical Garden; the Missouri Botanical Garden; The Royal Botanic Gardens, Kew; and the Royal Botanic Garden Edinburgh have announced plans to develop the World Flora – the first modern, online catalog of the world’s plants – by the year 2020. This massive undertaking will include the compilation of information on up to 400,000 plant species worldwide. It will also achieve a primary target of the Global Strategy for Plant Conservation, an ambitious effort first adopted by the United Nations’ Convention on Biological Diversity in 2002, to halt the continuing loss of plant biodiversity around the globe. 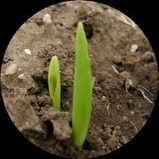 Economic growth with resilience to environmental threats will be central to the agenda of the UN Conference on Sustainable Development (Rio+20) in June this year, which aims to map out a pathway of sustainable development for the planet.
The ‘zero draft’, the document that will form the basis of conference negotiations, states a resolve to fight hunger, eradicate poverty and work towards just and economically stable societies.
Food security is critical to this mission. The threats are numerous: repeated food price spikes; shortages of good-quality land and water; rising energy and fertiliser prices; and the consequences of climate change.
Already, somewhere between 900 million and a billion people are chronically hungry, and by 2050 agriculture will have to cope with these threats while feeding a growing population with changing dietary demands. This will require doubling food production, especially if we are to build up reserves for climatic extremes.
To do this requires sustainable intensification — getting more from less — on a durable basis. 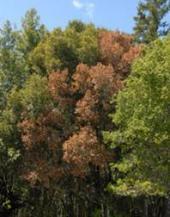 The virulence of plant-borne diseases depends on not just the particular strain of a pathogen, but on where the pathogen has been before landing in its host, according to new research results:

There once was a woman from Roath,

Who liked to feel earth ‘tween her toeth,

Could be worth a look,

Because she’s almost certainly better at making rhymes than I am.

If you think that outreach doesn’t have to be firmly mondisciplinary then this sounds like good news.

Nicolas Corradi and Paola Bonfante from Canada and Italy review an ancient and ecologically critical fungal lineage: Arbuscular mycorrhizal fungi (AMF) represent a monophyletic fungal lineage (Glomeromycota) that benefits terrestrial ecosystems worldwide by establishing an intimate association with the roots of most land plants: the mycorrhizal symbiosis. This relationship results in an improved acquisition of nutrients (e.g., phosphate and nitrates) from the soil by the plant partners and, in exchange, allows the AMF to obtain the photosynthetically fixed carbon sources (e.g., sugars) necessary for their survival and propagation [1], [2] (Figure 1). This fungal lineage is known to impact the function and biodiversity of entire ecosystems by producing extensive underground networks, composed of hyphae and spores, that interconnect a number of unrelated individual plant species [1], [2]. These networks also function as a significant sink for atmospheric carbon dioxide, and represent significant underground “nutrient highways” that benefit entire plant and microbial communities. Indeed, AMF spores and hyphae are also a valuable source of food for many soil microorganisms (i.e., bacteria, other fungi, and nematodes), and because of their many beneficial effects on terrestrial ecosystems, AMF are widely used in organic agriculture and plant nurseries to improve the growth of economically important species. 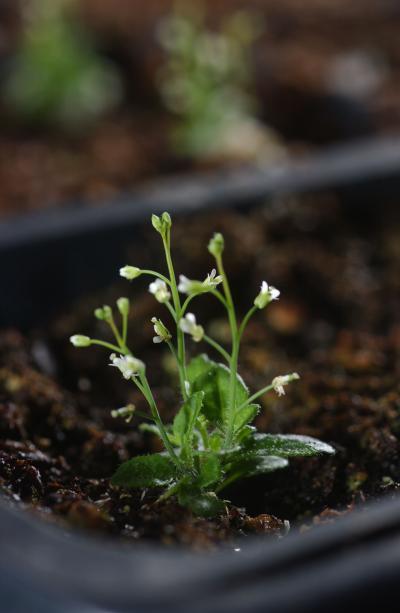 Mild mannered though they seem, plants are extremely competitive, especially when it comes to getting their fair share of sunlight. Whether a forest or a farm, where plants grow a battle wages for the sun’s rays.

Direct transfer of plant genes from chloroplasts into the cell nucleus

Chloroplasts, the plant cell’s green solar power generators, were once living beings in their own right. This changed about one billion years ago, when they were swallowed up but not digested by larger cells. Since then, they have lost much of their autonomy. As time went on, most of their genetic information found its way into the cell nucleus; today, chloroplasts would no longer be able to live outside their host cell. Scientists have discovered that chloroplast genes take a direct route to the cell nucleus, where they can be correctly read in spite of their architectural differences.